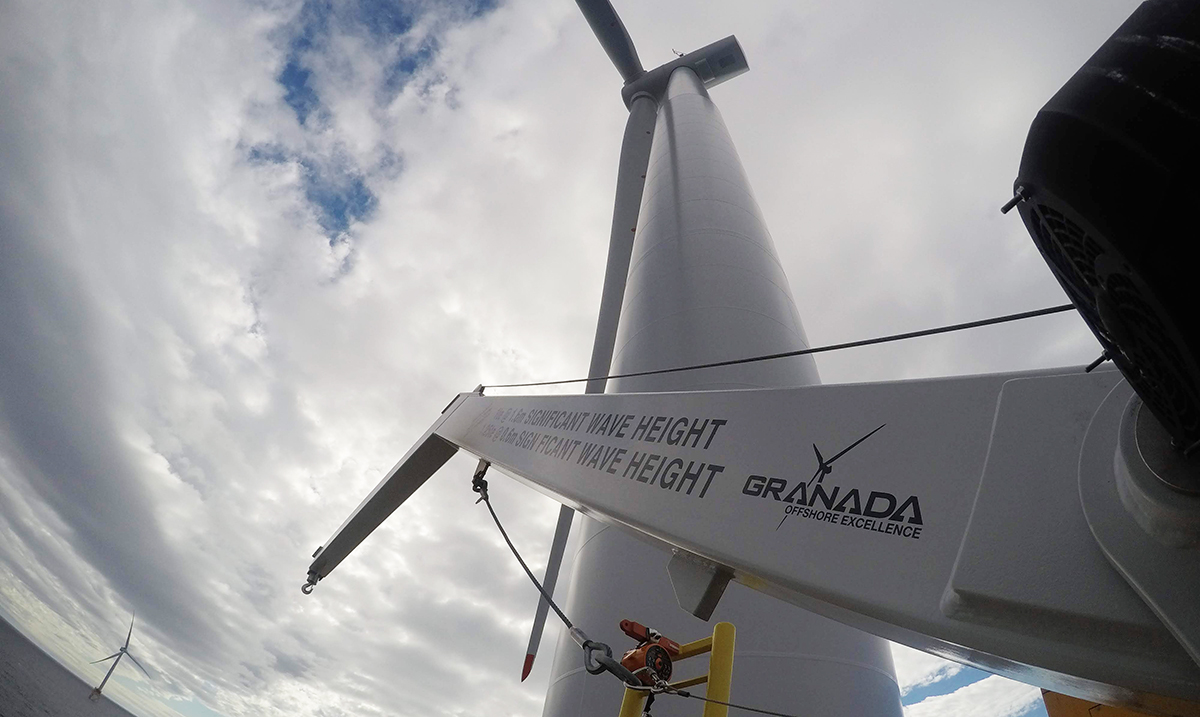 Following an initial order for five of Granada’s Python cranes earlier this year, the company has now been awarded contracts through the Moray East supply chain to design, manufacture and commission 100 additional davit crane units.

Moray East Offshore Windfarm represents a step-change in the delivery of renewable power, both in terms of cost and of scale. Construction began in winter 2018 and Moray East announced that it had reached financial close last December – a milestone marking the commencement of £2.6bn of project finance investment. Through the Moray East supply chain, the proaject has engaged with industry on a global scale, to identify suppliers, define procurement options and requirements and improve market competition. Through this supply chain, Granada have been awarded the davit crane contract, for their Python cranes – a design unique to Granada. Each of the 100 Python cranes for Moray East measures approximately 4 metres in height, 7.5 metres in radius, and weighs approximately 2000kgs. A lifting capacity of 990kgs is required to hoist the heavier serviceable components from the supply vessel to the laydown areas on the platforms of the jacket-type foundations.

Moray East board director Dan Finch describes the benefits of the supply chain in place,
“Throughout the development process we have worked with local and national stakeholders to enable advantage to be taken of the new opportunities brought by offshore wind. We are grateful to all those who have engaged with us to take the project to this point and look forward to continuing to work with them through the construction, delivery and operation which will enable those opportunities to be realised.”

Mark Sidwell, director at Granada Material Handling, comments,
“As the UK’s leading davit crane supplier to the offshore industry, we are ideally-placed to deliver on this major contract and are clearly delighted to have our expertise recognised through this award. In a competitive sector – globally, as well as nationally – it is very good for Granada’s staff who will be delivering on the project over the next six months, and equally positive news for our own UK-based supply chain.”

Moray East is one of the UK’s most significant offshore projects, set to deliver 950MW of new renewable generation capacity, capable of meeting the average needs of 950,000 UK households, and cutting the cost of offshore generation from £140/MWhr (the average cost for windfarms today) to £57.50 – a reduction of almost two thirds.