The first offshore substation platform (OSP) at Triton Knoll was installed last month at its designated location at the project site. At 1,400 tonnes, OSP West is one of two substations for Triton Knoll, both featuring Granada’s patented Python davit cranes.

Designed by Siemens Energy, the substations are manufactured by Smulders in partnership with ENGIE Fabricom, and Granada were awarded the davit crane contracts by both companies. Each of the Python crane units has been specifically designed for the challenging marine environment in which it will operate, with one Python crane unit fitted to each of the Jacket foundation platforms. Each Python crane unit measures approximately four meters in height, five meters in radius, and weighs approximately 2000kgs. The maximum lifting capacity of 1800kgs is needed to hoist the heavier serviceable components from the supply vessel to the laydown area on the platforms of the Jacket type foundations. 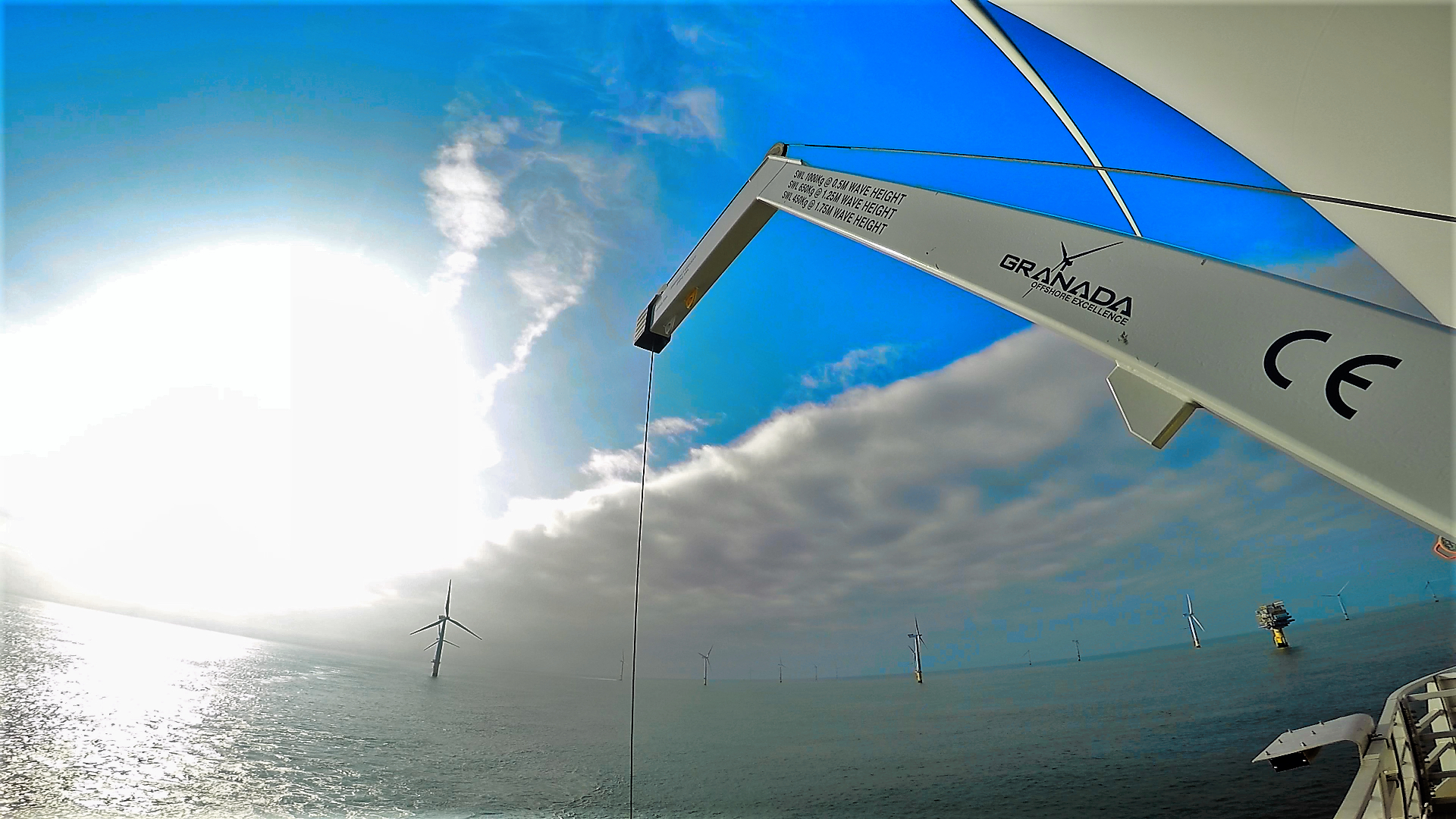 When the second Triton Knoll davit crane contract was awarded last year, Mark Sidwell, managing director at Granada, commented,
“Securing this contract has been a real team effort by the Granada Renewable product and service division. The contract is great news for Granada and our UK based supply chain. Granada has ambitious plans for this market sector and having supplied over 1000 offshore davits, we are the UK’s leading offshore wind farm davit crane supplier.”

The two OSPs will receive electricity generated by Triton Knoll’s 90 MHI Vestas v164-9.5 MW turbines and convert it for transfer to the landfall connection. Installation of two export cables, to transfer the electricity to land, is due in the summer. Located 32 kilometres off the Lincolnshire coast, the 857 MW offshore wind farm will, once fully operational, be capable of generating renewable energy equivalent to the needs of more than 800,000 UK households.