Granada’s expertise in the automotive sector was on show in a recent Channel 4 documentary, ‘Inside Bentley – a Great British Motor Car’, which showed GMH cranes at work, helping to build the new Bentley Bentayga – the most challenging car Bentley have ever made. 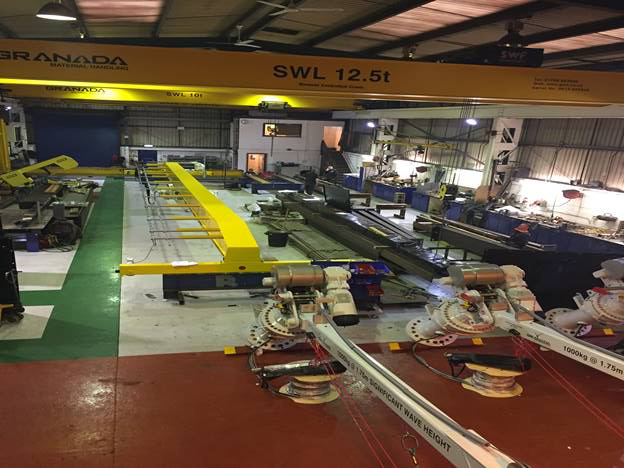 The Bentayga is Bentley’s first ever off-road car, hand-built at their Crewe headquarters, and Granada cranes can be seen in operation throughout the factory in this fascinating insight into an iconic British brand.

GMH’s Richard Lewis comments,
“Granada’s longstanding relationship with Bentley is one that we are particularly proud of. Their exacting standards are totally in keeping with our own ethos – as they say in this documentary, everything at Bentley must be right first time, every time. For their newest model, Bentley’s confidence in Granada can be seen throughout the programme, with Granada cranes handling the engine and gearbox of the Bentayga – the culmination of an £800m development for Bentley.”